VR and laser cutters brings people together when Folk Lab Tour 2018 is touring Sweden at 7 different locations during one month. 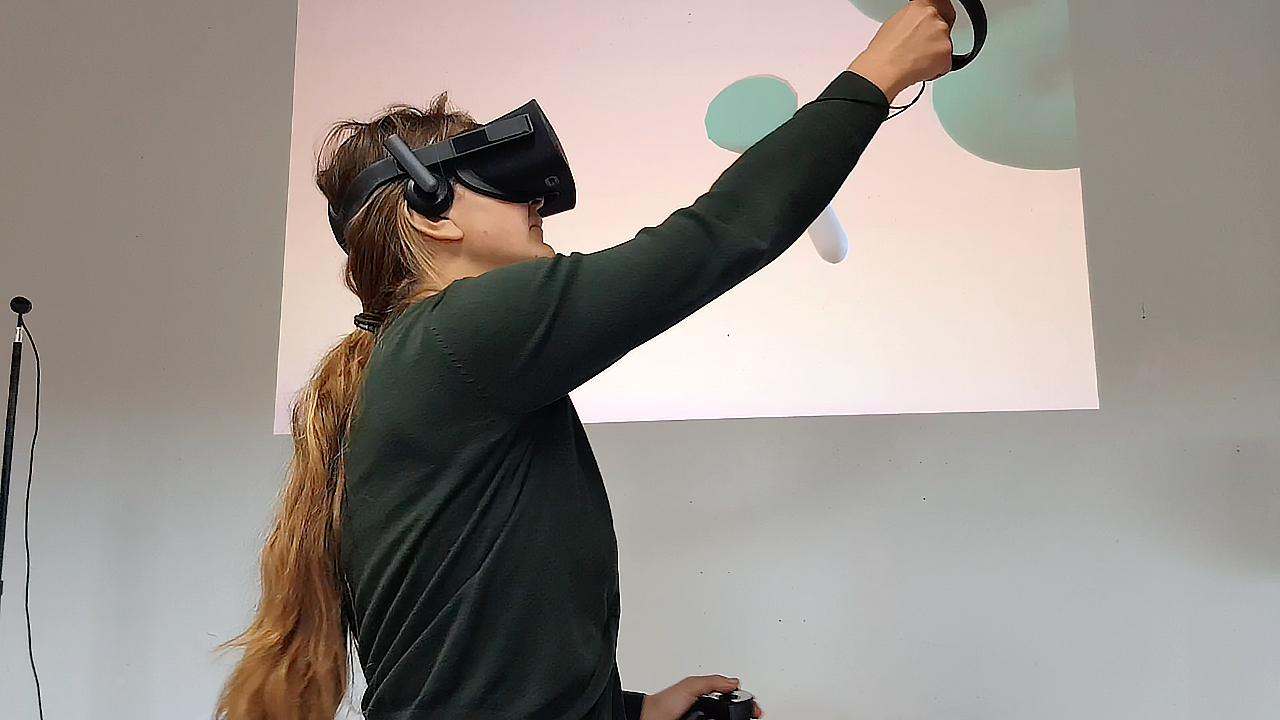 The exhibition space at Steneby in Dals Långed is filled with straws, paper stars and machines. People are casually gathered in small groups talking, eating or fiddling with something technical. There is always something new happening on the schedule. The host of the day guides us through the process.

Folk Lab Tour 2018 is a digital maker space putting focus on the social meeting between people through laser cutters, 3d-printers, VR and programming. The workshop is inspired from the digital knowledge sharing network Fab Lab existing in over 30 countries world-wide.

»We care a lot about the meeting between people« says Staffan Hjalmarsson, from Folk Lab.

Curriculum is an independent public school of performance art in Copenhagen with the aim to organise completely public lectures with important figures of the international performance art scene.

Cecilie Ullerup Schmidt is a performance artist and curator working both academically and artistically. Ceilie is a teacher PhD fellow at Department of Arts and Cultural Studies at the University of Copenhagen

A powerful tool of drag performance is its magical possibility to be able to interrupt fixated positions. Jose Esteban Muñoz wrote about disidentification in the work of Ms. Vaginal Davis.

Disidentification can be applied by marginalised subjects to make visible and displace a strong normalising and fixating discourse. Through the creation of a fictive drag character a third identity is existing in a non binary position neither included or excluded in the socially normalised structures.

Vaginal Davis video work Cheap Whitey is disidentificating both to a white supremacy (Muñoz, p. 39), to binary gender identity and to the idea of drag queen as someone with perfect makeup incorporateated within the dominant mainstream culture.

We often get stuck in thinking of those formated encodings of identity to be describing us, when really they are describing a sometimes humoristic and sometimes oppressing fixation. We can understand identity as the clash between the socially formated definition and your own struggle with fitting and selecting or disidentificating to the standard instructions manual of identity description. (Muñoz, p. 6)

The nature of performance studies and working with performative artworks comprises discussing the question of why we make things, how and why we behave and act and how our actions are related to how we form our identity. Our bodies are constantly dressed in social categories, stuck to us. Contemporary, ideology, cultural and social conventions are instructing us to read our bodies relating to gender, race, sexuality and age. Disidentification is one answer to the origin and evolution of drag.

Vaginal Davis gives advice about how to interact with society through art stalking without a commercial point of departure and still getting something delicious out of it.

Video works and films of Ms. Vaginal Davis such as The White To Be Angry and Cheap Blacky have several different narratives working in opposition to eachother while linking black, queer and feminist movements.

Through the concept of freakyness she’s proudly using weirdness as an act of resistance. All three movements share anti capitalism values. From experience of producing art not only with a low budget but with no budget Ms. Vaginal Davis reveals several secrets about how to act as an anti corporate culture artist.

To make art out of nail polish, makeup and stuff you find in the kitchen is one political and practical solution, art stalking is another way for artists to interact with society from perspectives without commercial hype.

The politics are there in the work, because you just can’t help it. Vaginal Davies tries to think about art to not just be something pretty or glamorous but still loves to show of some glamour during the lecture wearing Rick Owens. Rick Owens wasn’t a big name in the 80’s when he was making costumes for Vaginal Davis and is now one of the top fashion designers based in Paris.

»Sometimes a black freak is so freaky they merge into white culture.« says Vaginal Davis.

Gallery Extra keeps the exhibition open while searching for queer interpretations of the mythical stories of these famous Swedish writers and poets. The permanent exhibition is produced by Artur Lundkvist och Maria Wines Stiftelse.

During the visit you get to try VR-artworks in progress. Artist Johan Lundin works with visions to integrate virtual reality as public art. Invited by Olofström municipality, Harry Martinson-sällskapet and Saljesällskapet the artist is working in an old school building where famous writer Harry Martinson once studied.