A playful game world in decline

Several of the paintings have tactile grotesque growths of oil paints. There are plants, textiles and playful creatures just on the edge of the unpleasant in Björn Camenius exhibition Tales from the basement at Galleri Lars Hjelm in Karlstad.

There is something familiar about these environments and objects. What I see is not a real corncob depicted, this is an abstract depiction of how a typical corncob looks like, maybe a toy corncob or some supplies in a theatre show. Windows, pedestals, columns and plants. The paintings could be images of scenography painted with a theatrical filter.

For me, this filter derives from an aesthetics found in game graphics. The playfulness and fiction are scaled up and a more dangerous and more abstract decay comes into the pictures where shapes and faces are distorted. This, which I interpret as digital and glitchy abstracting, can equally be interpreted as the forces of nature that transcend through fast, determined color fields and textures creating continuous winding emergence and crooked movements in the images. 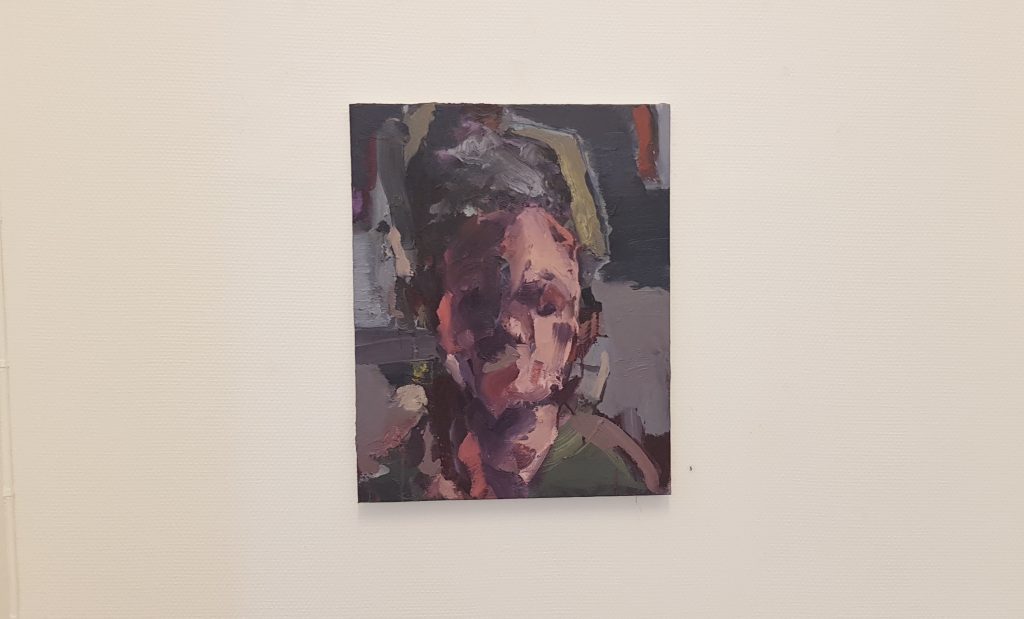 A playful but destructive game is performed, a game that still stays just inside the edge of being beautiful, although it can be scary and messy. This dangerous and serious tone in the pictures is strong, there is beauty in all things messy. 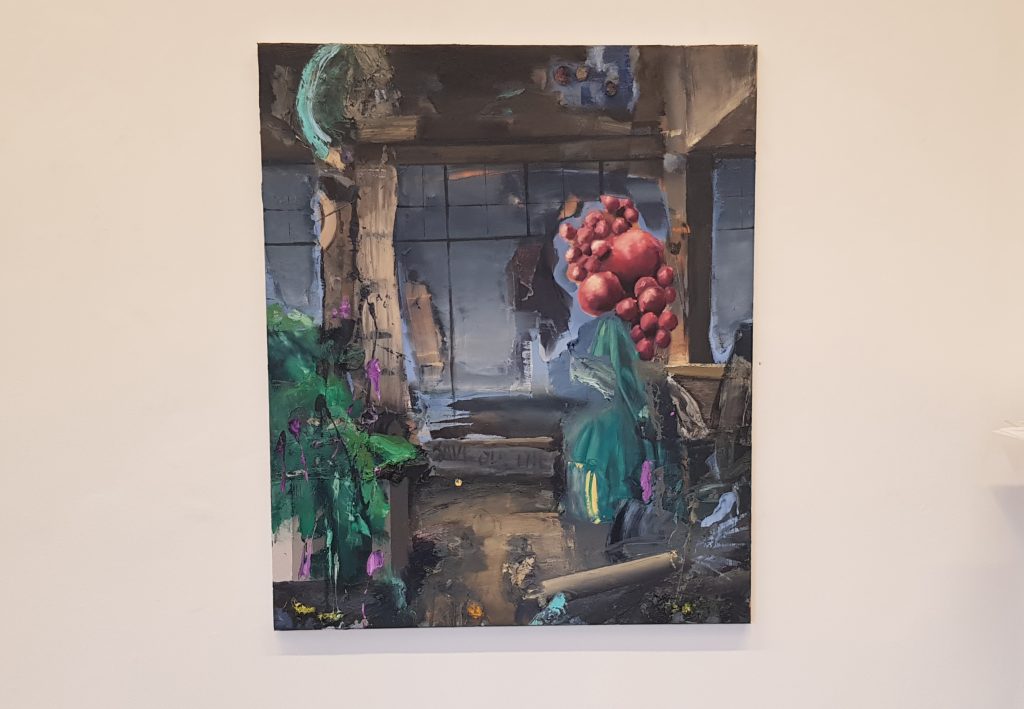 The image composition and the building of both characters and environments exude a directness in decision making. Often these foggy cold environments consist of a spherical lighting, preferably in purple twilight, where a variety of objects are placed and built into buildings, furniture, plants or characters and sometimes something more indistinguishable somewhere in between.

»It is said that I am in the picture,« says Lars Hjelm.

Fantasy worlds like these, I think, are created by dream states where a multitude of confusing images together form boundaries between being and becoming.