There is a lot of darkness. In the middle of all this a tree with golden leafs is shining, in front of which Emanuel Tägil is performing The Countryside Smiles to the Ghosts EP in Bengtsfors. It’s incredibly cold. But that’s fine.

There’s a Death Star Above Us is performed with a fast traveling rhythmic beat transforming into rushing drums. We get to follow a poetic sentimental story. »We went skiing in the black death mountains for fun«, is one of several lyrics lines forming strong visual scenes while leaving room for expanding cognitions. 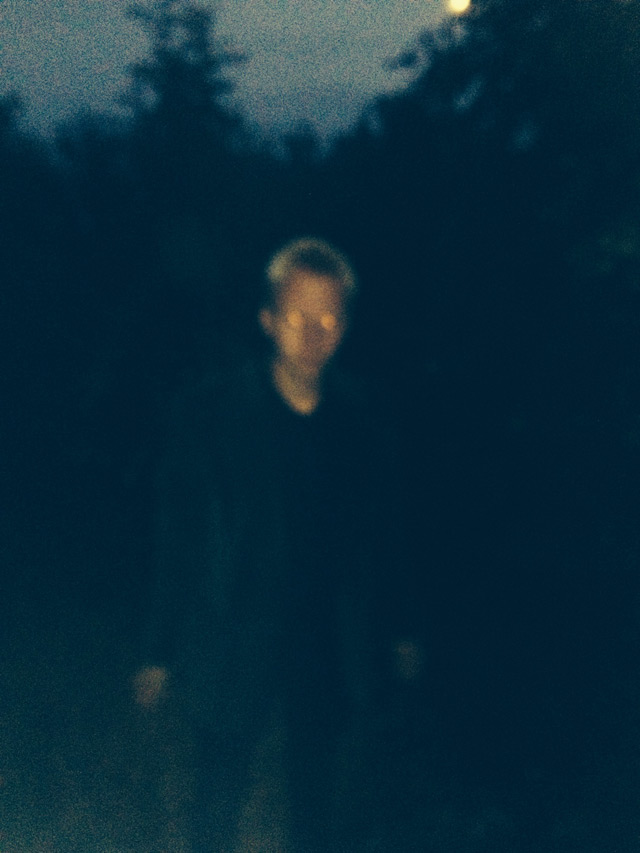 A dramatic bird’s-eye view over dark scenes creates emotions moving just in between misery and hope. The forest green velvet jacket, ushanka-hat and overall wintry look of Emanuel Tägil on voice and guitar and Martina Lundkvist on choir and bass reinforce these cold stories. When traveling away from something, this is what I want to listen to, away from boredom and dangers through an unsettled avalanche towards another planet.

I look through a fence, I look at the performance standing on the road on the other side of a hill. Above me I see a place that does not seem to exist and I do not know how to enter. After a while I enter through some bushes to the mysterious intro of Go Back into the Woods You.

It’s nice to see Emanuel Tägil live, it’s the first time for me. I’ve listened to The Countryside Smiles to the Ghosts EP released in March 2018. It’s dark and cold, but everywhere there are lights in different colors. In small windows with curtains shadows are moving. In the background, several small fires are burning.